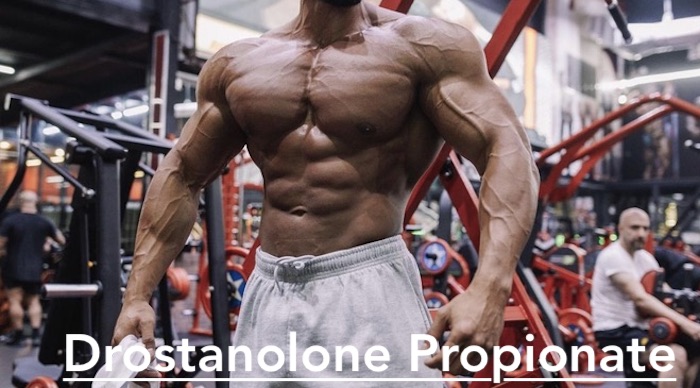 Drostanolone Propionate is an anabolic and androgenic steroid that was first introduced in the early 1970s. This steroid was sold under the brand name Masteron and up to this day it’s the most popular brand, but there are many others too such as Drolban, Masteril, and others.

In the end, it doesn’t really matter what brand name you buy, Drostanolone Propionate (of high quality) is going to work the same way. And this is an awesome agent for cutting and pre-contest cycles. It is a compound that was and is still used for the purpose of various therapeutic benefits, such as treating breast cancer in women.

Nonetheless, Drostanolone (Masteron) Propionate became highly popular among bodybuilders. That’s because people in fitness communities noticed this anabolic steroid is highly effective for their needs in cutting cycles. Nowadays, Masteron – Drostanolone Propionate’s most common use is for such purposes. It still has FDA approval, nonetheless, it’s still rarely used for medical benefits nowadays but it’s extremely popular among bodybuilders.

That’s why this is a great product among bodybuilders and athletes.

Drostanolone Propionate is actually a derivative of Dihydrotestosterone (DHT). It has a small structural alteration that makes it a unique anabolic steroid.

Being a DHT derivative, it doesn’t convert into estrogen. In reality, this steroid has anti-estrogenic properties. It works as an Aromatase Inhibitor (AI) and that’s why many people add Masteron to their cycles to reduce aromatization (and lower estrogens). Many people report that thanks to it, they do not even need the addition of actual AIs.

Additionally, because of its structural change, Masteron binds well to SHBG. This is a type of protein that renders steroids useless. The less SHBG you have, the less effective steroids are. Since Drostanolone Propionate binds to SHBG, other steroids are getting more effective.

This, in combination with the fact that Drostanolone has a fairly mild anabolic activity (of 62 rating) and even milder androgenic activity (of 25 rating) – it’s best to use it stacked with other steroids.

It can work as a booster, as an AI, and as a cosmetic drug. There’s hardly anything better than Masteron for hardening up your muscles and burning fat. But in order to yield maximum results, you have to start a Masteron cycle at a body fat percentage lower than 13% or ideally, lower than 10%.

By analyzing the information I earlier mentioned, it’s easy to understand why so many bodybuilders use Drostanolone Propionate. It’s one of the few steroids that can fight estrogenic activity and can greatly boost your other steroids effectiveness while enhancing the cycle, fat loss, and hardening effects.

Drostanolone has a fast release in the system and that’s why Propionate ester was attached to it. This ester helps lengthen the release of Drostanolone after administration. The esters of injectable anabolic steroids are meant to increase the half life.

So, Drostanolone Propionate half-life is about 1-3 days. But there’s a longer version of Masteron – Drostanolone Enanthate with a half life of about 7-9 days.

The disadvantages of “less injections schedule” are that it kicks in your system slower meaning you need longer cycles. Additionally, it has a longer detection time. Considering that cutting cycles are usually shorter, most people prefer Masteron Propionate.

Which version to choose depends on your planned cycle length. If it’s 8 weeks or shorter – Masteron Propionate. If it’s over 10 weeks then Masteron Enanthate.

It’s important to understand that Drostanolone Propionate is not a bulking agent without huge gains in muscle and strength. It’s going to offer similar results that you get from Primobolan (Methenolone) in case that’s a steroid you have more experience with. Neither is very strong for muscle and strength gains. Yet, they are helpful to improve some strength, burn fat, and work as boosters.

Those who use Drostanolone Propionate for bulking generally search for its anti estrogenic properties. They stack it with other bulking compounds in order to help them avoid gaining too much fat and getting too “puffy” appearance. People are using it as an alternative to actual AIs for controlling water retention and body fat during the off season.

They stack it with testosterone (and often other bulking steroids) for boosting their efficacy and for lowering their estrogenic issues.

Nonetheless, the most efficient way to benefit from using Drostanolone Propionate is to add it to a cutting cycle. The best results will be seen in those guys, as I said, who are already lean. That’s because they don’t have too much fat covering their muscles. Therefore, they benefit from the cosmetic advantage of hardening up the muscles. Alongside fat burning abilities – Drostanolone (Masteron) is perfect.

People add it at the end of a cycle to help them prepare for a contest. It can greatly help a bodybuilder cut the last amount of fat that is hard to get rid of through diet and workout alone.

So, it’s great for an athlete or bodybuilder that is trying to get stronger and look better. But it’s best only for those who are on a strict diet. It’s also great for those who want to stay within a given weight range too. It’s awesome to make the physical appearance be as good as possible and perform awesomely.

Its anti-estrogenic properties help the body look as natural and as hard as possible. It makes a physique look really defined and shredded. But then again, please remember that if a person is having too much fat or is not in great shape then the effects of Drostanolone Propionate will be drastically less noticeable.

As said, Masteron is actually having anti estrogenic properties (works as an aromatase inhibitor), and plus to that, it doesn’t come with any negative effects on your liver.

Instead, some people may develop allergic reactions or develop the common side effects of injecting compounds such as Post Injection Pains or allergies or others.

Additionally, being an anabolic steroid, it obviously carries the testosterone suppression effects as all others. Moreover, androgenic side effects among men and virilization side effects among women, obviously, can occur. Usually, it occurs in genetically prone people and/or in those who use high dosages. Moreover, it does come with negative effects on cholesterol and cardiovascular health, as with any other AAS too.

How to Use Drostanolone Propionate?

You need to use it as an intramuscular injection every day or at least every other day in order to maintain stable levels of this steroid in the blood and yield maximum results. Most people use it for a period of 8 weeks, stacked with other steroids. But some run it for 6 weeks up to 10 weeks.

It is a poor choice for women, but if they do use it, I wouldn’t recommend a dosage any higher than 100 mg/week. But most females find a dosage of 50 mg/week better. Split up the weekly dosage in ED or EOD injections.

Buy Drostanolone Propionate for sale from Iron-Daddy.to. You’ll get maximum quality Masteron ensuring the best results and least possible side effects from this steroid.